"Today a Spanish fan emailed me, letting me know that Gabriel García Márquez had died.

It was a little startling for me, not because of the death in particular. (He was 87. He had a good run.) But because I'd been thinking about his story, "The Very Old Man with Enormous Wings" just yesterday. Wanting to reading it again.

When I read it. I thought, "Yes. This. Perfectly fantastic. Perfectly real." I'd always wanted that in my writing, but I'd never seen it done that way before. It was delightful. Wondrous.

Yes. Wondrous. That's the perfect word for it.

The Spanish reader wrote to me: In Spanish we say 'las letras están de luto'. It's translated as 'the words are in grief.'

It's a strange thing, mourning the loss of someone you don't know. That you will never know. He touched my life a bit, as lightly as a feather. But sometimes gentle touches are the most powerful and profound.

And then the person is gone. It's not a loss exactly. It's more like you're mourning their absence from the world.

I like that phrase: "The words are in grief." It seems fitting for an author. It's not just the world that's missing him. It's as if all words have just been struck an unexpected blow and they're stunned and stinging from the shock of it.

I'm off to read "The Very Old Man with Enormous Wings."

If you haven't ever, you should. It's wondrous." 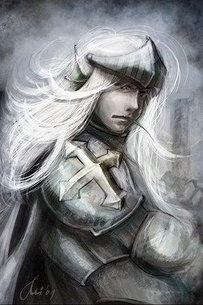